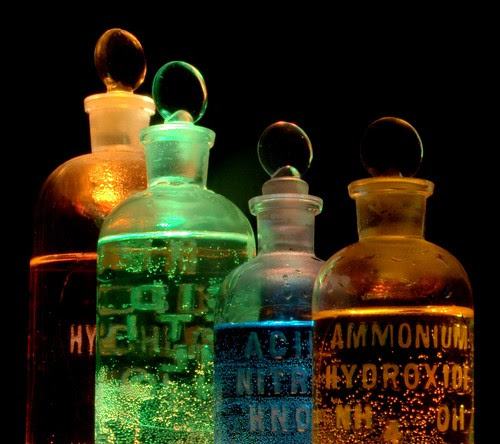 Spending a lot of my time preparing for my exams these days. Schedules are made regularly and stretched too. Chat sessions bring much needed relief and colour to life. I have started to love chemistry chapters for obvious reason that it fetches easy marks. One thing I like very much about chemistry is the colours we come across while playing with different compounds. During night study sessions many a time I remember of times when we took pride in ignoring our teacher's words and thought her to be a freak. But off late I myself am becoming a freak because my chemistry with chemical compounds has started to work and colours are all over my mind creating numerous virtual rainbows and washing away many unwanted past thoughts too.
at 19:58 4 comments: Last evening my friend came to my home, simple regular rides and strolls. A kick and scooter starts, we perch on it and it move out in lanes around my house. A few metres and he throws a straight question, "what is menstrual cycle?" Firstly am taken aback, nothing but, "what?, who?, why?..." to answer him. He tells asked just because a friend asked him. By now ready to answer the question I start reminding him of class X biology chapters, and all the itsy-bitsy details. Though being a purely scientific topic, it was a bit awkward to talk about; each line ended in a "ummm...", "hmmm..." and such words giving away my awkwardness. Somehow I managed to explain to him and move on and what followed were jokes from his mobile inbox, some laughs and giggles and we ride to our friends house, like zip zap zoom flying dust off the road and feeling ourselves to be kings of streets, remembering scenes from movies like The Fast and The Furious...

Today I wish happy birthday to my dear sister, Manisha, a.k.a Guddu. Well am not gonna share more of her nick names, which am very fond of, because she is going to kill me for that. She turns 22 today, but still a stupid small kiddo. Some wishings come from my way - may you get whatever you desire in your life, become a little mature and more proactive. Consider this post to be a little birthday gift from me.

To my readers I urge you to leave your birthday wishes here.
at 13:33 2 comments:

September 18-19’ 2007
01:19 IST
Dear Life,
Today I was awake at the time when people suggest it is good to. Actually didn’t sleep through the night, worked on the PC trying to study while listening to music and downloading online books. Later reverted to designing Active Server Pages and was happy to see some actually great results coming my way. A really good sunny morning to begin your day with, or was it the effect of Dill Mill Gaye (DMG) and DMG Community. After some early morning hustle-bustle like watering the plants it was some free time. I killed time just wishing it is 08:15 as early as possible. Newspaper was little help in the mean time. At 08:15 I went out for my morning walk and thus started my auto-suggestion session. Today sun was shining bit more harsh for a September morning and I too was not much enthusiastic and in connection of my positive spirit. Some part of my past was clinching me badly and I was becoming desperate too get rid of it. I was trying too console myself in every possible way, ready too cross all limits just to get a life I saw daily in TV serials, movies, read about in articles... But all in vain as negativity had taken over by now and I had given up (thinking weird but fancy things like writing worlds’ most creative suicide note!); with little hope still trying to get myself back. Back to home by 09:10 and I find a program on Discovery Channel showcasing how our brain makes us deceive others and even ourselves. I thought a little on the whole idea and it occurred to me as if our past bears no value in present but carrying it with you can have bearings on your present as well as future. I concluded it is not worth repenting over the past and it is better to concentrate on future and make people happy. Mean while I fell asleep while watching the television to wake up only late in the evening at around 18:30. Straightaway went to have bath (really stupid, but can’t help it!). Later spent some time on PC updating my project and tracking stock market’s today’s changes. Finally here come my favorite TV serials DMG and Love Story and yes the ‘dinner’(actually lunch too), both providing some great stuff today. A night walk followed by few Mathematics questions and am back with my PC, DMG Community logged in my Orkut account. Spent some time writing and reading threads in the community and now it is this time (02:17) and still am not feeling sleepy. Don’t know what will follow but will try to study a bit more and yes DMG and my project will be there...

Last night while chatting my friend, Nilabh, shared with me his SMS chat, with his mobile girlfriend. In the chat while his words were quite cautiously crafted, the girl emerged boldly to take lead. She was not hesitant in talking about smooches and public display of affection and thereby Nilabh was taken off-guard. She seemed to be the girl who everyone would desire. Their chat showed how well they could communicate, understand and solve each other's problems and insecurities. It was difficult for me to believe that a mobile prank, of sending a random message to a common friend's acquittance, will result in such serious commitment. Even unbelievable is that they haven't met in real till date. Even though I am still doubtful about it but still happy for him as after a long spate of about 5 "serious" crushes he is in for some stability in life.

Dedicated to my dear friend - Nilabh, of frog-dance fame, a hip-hop fan, a foodie and little-bit roadie too... ...its enough now lets come back to reality, actually a psycho senti, emotional guy.

No personalised feedbacks this time, comment here only.
at 01:03 7 comments:

Just got a random thought, what LOREM IPSUM meant? Quite regular to see these words but still never bothered to find its meaning. And when I did, I was astonished to find that this paragraph, which I found quite troublesome when using many popular publishing wizards, was not that vague as it appeared. Having a history of over 500 years and withstood the changes in printing and publishing industry the paragraph is now a standard dummy text for printing and typesetting industry. The text is used simply for the reason that it is very less likely to distract people focussing on text layout because of unreadability. Moreover it has more-or-less equal distribution of characters and so on.

So fellas, everything is not that vague as it appears!!! 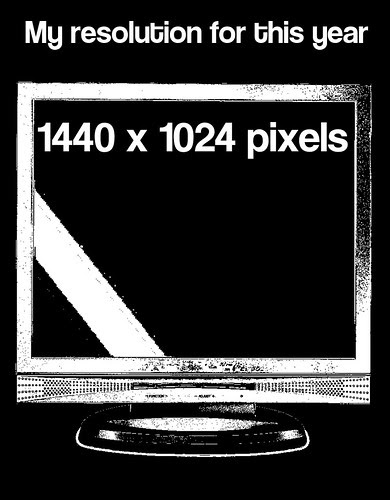 Like always and almost everyone I too made some new year resolutions. Nothing special, but an old itinerary I made in late August of 2007. So here goes the list and what happened to it...