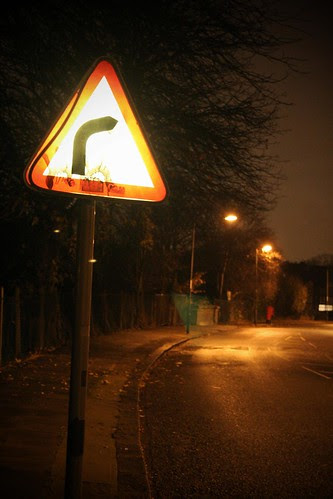 Going back to home I take Route 73! Journey is calm and casual and is serene as wind blows on your face from the open window constrained by bars and you continue to enjoy lame sunshine, better say the shade of it. People come and people go, leaving no trace of their existence on your memory...

The bus snails along the newly inaugrated metro lines in central and south Delhi. As I am looking at markets in Patel Nagar suddenly I catch glimpse of a couple in the bus. They are around for sometime but I hadn't noticed them in earlier, was rather engrossed by greens and inanimate but golden hills of the central ridge.

They communicate so flawlessly and are in perfect sync. Her gestures are vivid and clear only to him and he understands them like his own thoughts. She never fails to capture his moves and most subtle of his actions, she excellently marvels at deciphering his concealed communications. They speak with their eyes to share with each other the most wonderful and beautiful of their experiences...

Meanwhile the bus continues on the road towards its destination, more bodies enter and leave the scene and many are spellbound by the chemistry between the pair, probably they envy it, may be I am envying it!, or are too appreciative of the bond. The scene outside the window is blurred now, just a few fonts floating on haphazard billboards and structures and a blinding brightness as my eyes are transfixed on the duo. They are confident in their moves and are headstrong and clear about what they need.

They deboard the bus somewhere near Pusa Campus and now I can feel their absence, the silence they exhibited, the calm and contendness they made part of their personality. They made me realise my speech is useless as it fails at its purpose on many ocassions, it cannot get the thoughts across. They made me understand that I need to learn more and be better since I am not that good yet...

Those school going teenagers neither could speak nor could hear, come back to me when I fail in communications. That journey on Route 73 remains in my memory and that year too... To be true, I sometime wish I was one of them. Probably I would have been better then...

I was not willing to post for more than 1 month or so, but this memory intrigues me and I simply wanted to let it come out. I am obsessed with people, I simply love travelling, looking at people and understanding what they are concealing as messages in simple acts of theirs. Probably I miss my freedom! I miss those faces that occur to you during solo journeys, those eyes and gestures telling you something you will never learn from books and novels! It is not that books and novels don't teach you, it is simply that they don't work for me! For me people and place around me are books...
at 17:38 4 comments: 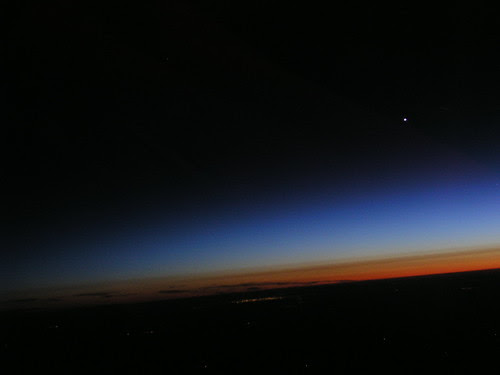 I just abruptly take a walk listening to some "different music." "Stroke 9" playing into my ears, I catch glimpse of thick black clouds flying past the Arravalis as sun redens the sky and the morning star (venus, yes it is venus) hangs high at the zenith giving competition to half pizza which is slightly to its left or probably right (now I know why a benchmark is necessary!). A group of guys gather for their morning play.

I observe this spectacular 360 degree panorama, simultaneously taking note of the whole beautiful feeling on my rather retro mobile, a 5 year old thing is retro when a new model is launched every week! Bryan Adams is still happy on "Cloud No. 9".

Chilling mid-november wind blows over my face and sleep-deprived eyes as I enjoy my slightly feverish body and muscles straining from last few days of exercise drives.
Occasionally gasping for breath.

Round one is over and its about 10 minutes, sky is more bright revealing alot to eyes. More colours have appeared on the canvas generally reds, pinks, purples and shades of black. Blinking red lights scare away airplanes taking off and on at nearby Sanganer airport.

Third round begins for me and now I can distinguish ashes of Oil Depot fire from the black clouds. Britney Spears does not wishes to be "Overprotected". More the light more truth is revealed. As the world has started its day, birds are heading away from their nestles, school bell rings as dogs sync their barking tone in this rather barren land.

And yup I have made my mind for another bunk, excusing myself of worthlessness of attending a 4 hour session just for the sake of a "P" marked on an obsolute paper sheet.

Meanwhile I learn it is good to wait and watch, before any action, as when their is light things are not that good. The part of hills in front of me is not that cool, it is barren and nude. Thanks Mr. Sun for teaching me a simple lesson. Round three is ending I wind up my morning walk, Bon Jovi screams aloud "Its My Life".

Back to hostel. Times Of India confirms its Jaipur after Pune in the race of H1N1 casualities. 52 more confirmed cases, 10 school shuts, CM holds meet as Shakira gets busy telling us "Whenever, Wherever..." and I no longer find words and thoughts to write more. 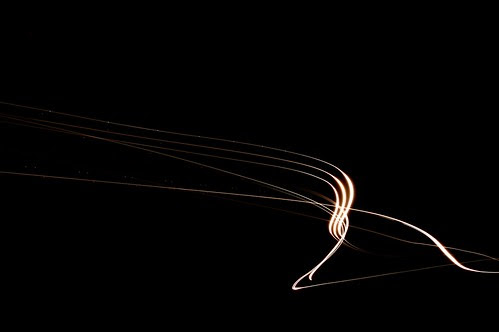 Whole family needs to attend a marriage party on the outskirts of Delhi, in a locality called Malviya Nagar.

Just another social gathering for the small kid for whom it means another chance to gorge upon those unlimited soft drink serves, lots of cups of ice-cream, oil-laced food with a distinct non-house flavour, an occasional steal of coffee flavour, opportunity to tweak those marigolds threads hanging behind the stage, posing sitting on the stage chairs, acting stubborn to get those balloons, toy-guns and more such stuff.

The guy would move around the whole chimera meeting and greeting those hundreds of figures whom he hardly recognizes, and doesn’t even wish to recognize occasionally, catching sight of some familiar figures before once again loosing them in the flood of people.

Fellows are fun including the turbanator who is great at dancing and gossip-crazy tall guy and some younger counterparts. The guy definitely loves the heady mix of vanilla flavour ice-cream dipped in coke as aeroplanes which have just took off from nearby IGI airport fly past over the whole scene.

Its not long before this guy will be screaming and squeaking all around, troubling his father, forcing him to leave for the home, don’t know against his wish or may be saving him the trouble of waking up till late in the night…