Suicidal Tendencies Of A Young Nation Happy Independence Day to all Indians on 60 years of Indian freedom.

In past 60 years the country has progressed a lot and is now recognised to be a booming economy, but the reluctantly slow pace of growth is something that bothers all the citizens even on 61st independence day of the country.

In all the sixty years the policies of government have been really conservative and slow in execution. Till date our government hesitates taking many a steps which may prove determinant in country's growth pattern. This can simply be attributed to governments' protectionist policies, which inhibit the development of a competitive market.

Some of the facts that indicate reasons of country's growth are listed below, if frequent policy changes are not made on these topics it may seriously affect social, economic as well as political growth of the nation, called INDIA, which is still in its infancy.

1. The government finance policies are not of the calibre required to compete with developed economies and major threats like China.
a) It still doesn't permit 100% FDI (Foreign Direct Investment) in many sectors and thereby prevents generation of precious revenue.
b) The GDP growth rate isn't able to break 8% barrier for a long time.
c) Major employment is still in Primary sector (about 60%).
d) Per capita income in terms of PPP ( Purchasing Power Parity) is about $2400 which is less than half of biggest rival, China.
e) A whopping 33% population lives below poverty line, i.e. earns less than $1 per day.

2. Social sector reforms are unexpectedly slow.
a) Country lacks in proper execution of population control strategies, while with a whooping 1 billion population and 1.8% growth the nation is the nation is on course to become largest in terms of populace.
b) Female sex ratio at 933/1000 males is a grave threat.
c) A low education rate of about 65% is something not to talk about.
d) And still the governments promote the caste system by planning to execute almost 50% reservation in all centrally funded institutions!
e) Medical facilities in country are not upto the mark as indicated by the facts like infant death rate in country is 63/1000 births and the labor death rate is unexpectedly high at about 540/100000.
3. The infrastructure in nation has just begun to develop and is critically insufficient in meeting demands of the growing economy.
a) Roads are not very well built, highways are carrying loads beyond there capacity, rural connectivity is not of good quality, cities are witnessing a crunch of road length.
b) Power scenario in country is a serious concern. Proper electricity is a distant dream in rural India while urban regions too face acute and frequent shortages, all despite long existence of these problems.
c) Rural teledensity is a serious concern in modern India, Internet and access to modern communication facilities is very low.
4. Insurgency and Terrorism are biggest problems in the country. The government is not strict enough in taking action against these anti-national elements. To this date even Naxalite groups like MCC are threatening nation by bidding for control of states like Bihar. The problems of Jammu and Kashmir are long persistent.
And the list continues...
Facing such grave and very relevant threats country still contents itself by using self-promoting labels like Knowledge Economy, Software Giant, Super Power in making.....
Well it is time for us citizens to re-define our role in our lovely India's development, hoping the best for my dear country on it 61st Independence Day.
at 19:37 No comments:

Email ThisBlogThis!Share to TwitterShare to FacebookShare to Pinterest
Tagged Under - India, info, knowledge Remember last Zip Zap Zoom post? Well nothing rogue like that this time around, but a funny incident from streets of Indian capital, New Delhi.

Well on August 07 '2007 me and my friend were out again, like we often are after dinner. On his scooter we left for the nearby street food place, where he binged upon Burgers and then we were off to have Mango shake (something we consider an important part of our health regime!). Done with all this, now we were back on city streets.

After riding slowly for sometime we decided to go to a major city artery, just to pass over the flyover he likes. Looking at the airplanes in the sky (which were taking off and landing at a nearby international airport, as Delhi gets a major share of its international air traffic at night.) we were enjoying our ride at a comfortable speed of 50-60 kmph. Passing over the over-bridge we were discussing our way back and things like how air planes look great in between light clouds.

After zipping past the flyover we took a U-turn from under the next bridge, which is meant to take traffic across a railway line, and came back to the same street but this time to go back to home. Halfway on the bridge we were enjoying the picturesque lights and night traffic, full with heavy vehicles and call centre cabs, when a horn from behind alarmed us. to give him way we increased the speed of scooter we were riding and changed lane. But to our surprise the guy was tailgating us and honking continuously. We naturally were a bit afraid because of recent road rage incidents in city, but keeping calm slowed down and looked back to find a Sardar in his late 20s following us on his cruiser Bullet.

He increased the speed of his bike and came beside us to have a conversation. "Where is the helmet?", he popped the question. Nilabh replied that, "We have not got it, it is at home". To which he argued, "What it is doing at home? Studying (probably recognizing that we are students) or what?". Again Nilabh replied, "Yeah am studying", misunderstanding him. The Sardar, by now determined to make us realise the importance of helmet, argued with us for accepting his words and promising to use helmet next time. Ultimately, for nothing else but to get rid of this conversation we promised him the same. Now satisfied he again increased speed of his bike to zip pass us. After he left we realised that we had come far ahead of the place we had to turn from...

So the moral of the incident: Wear helmet, whenever you are on a two wheeler or else be prepared to be advised by a wise, knowledgeable Sardar.
at 03:42 No comments: 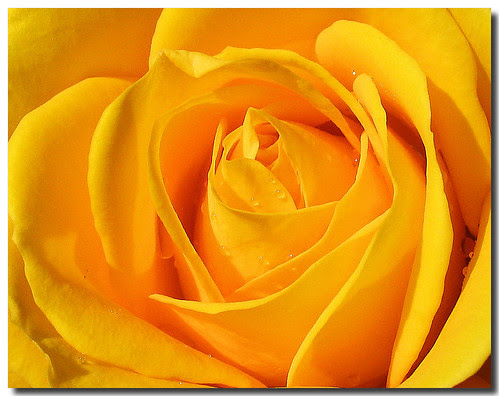 
Hey all my dear friends, a very very happy friendship day to you all. May you all get what you aspire for in the life. And as we all know life is great only till we all are together. So please make sure to keep on sending those sweet scraps, cool mails, naughty and funny SMSes and very desirable calls! Once again Happy Friendship Day to all my dear ones.
at 11:56 No comments: